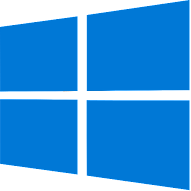 >  In future, Microsoft may launch Windows 9 as a special edition and sell it on a higher price.

> The Japanese consider number 9 to be unlucky number because it is similar to the Japanese
the word for pain.

> The Microsoft wants to score 10 out of 10 in every aspect after Windows 10 launch.

> Windows 10 sounds more modern and upgraded as Windows 8 did not become very popular.
and Microsoft wanted to literally put some distance between the Windows 8 and its successor.

Technically there is no Windows 9 but this internet has everything even Windows 9.
If you ever find any website that claims to provide you with the Microsoft Windows 9, then please stay away from it because obviously, it is nothing but a scam. If you really want to explore Windows 9 then you have to wait for the official release.

When it comes to technology, nothing is impossible. Yes or maybe, it is possible that the Microsoft would release a Windows with a name of Windows 9 and sell it as a special Windows with the higher price tag. Windows users are eagerly waiting for this because users think that Windows 9 is going to be different and more powerful. This is interesting to see how Microsoft will plane Windows 9 for the future.


Do we really need Windows 9?

Windows 10 is a successful operating system form the Microsoft and Windows 10 is good for every type of use. Right now we don’t really need any special kind of Windows though we need regular updates and more unique and useful feature in existing Windows.